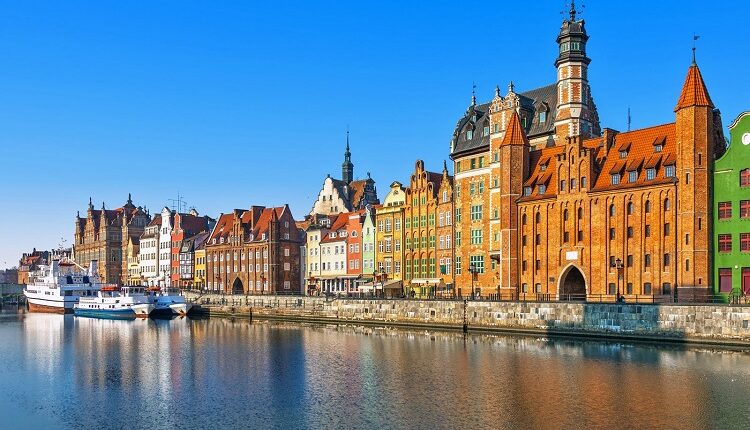 10 top UNESCO attractions in Poland by ITS DMC Poland

It is the most prestigious distinction when a tourist destination is enlisted at UNESCO World Heritage List that enlists the most precious areas and monuments in the world. Poland is lucky to have 16 such areas in the country. One of them is the natural area of Białowieża National Park and the rest is connected to the cultural heritage. The country can still boast a few more places on a waiting list to receive this international distinction. Below we will present top ten UNESCO attractions by ITS DMC Poland, a local travel agency.

Top UNESCO attractions in Poland by ITS DMC Poland

UNESCO singled out 4 of Polish towns. Torun was enlisted because of its Medieval Old Town that undamaged can be seen to this day, with streets layout, town walls, castle ruins and numerous houses. Zamosc town was constructed from the beginning as an ideal Renaissance city and it retained its substance undamaged to this day. It is one of the most interesting towns at the eastern Polish border. Cracow on the other hand as a previous capital city and the seat of Polish kings provides multitude of various monuments both in the Old Town and also in Kazimierz former Jewish district. Warsaw means completely different category. It is a Phoenix city that had to be meticulously rebuilt from the ashes of WWII. UNESCO appreciated the scale of the rebuilding that took place here. All of the 4 towns are true tourist hits in ITS DMC Poland’s portfolio because of multitude and variety of attractions that they offer.

Poland and especially its southern part offers numerous possibilities to observe underground mines. Four of them have been enlisted at UNESCO World Heritage List. Two of them achieved special ITS DMC Poland’s recommendation. Wieliczka Salt Mine is known internationally for its underground salt lakes, salt sculptures and St. Kinga’s Chapel also made of salt. It is a place well worth 2 or 3 h stay. Wieliczka Mine was actually enlisted at the first UNESCO World Heritage List ever. ITS DMC Poland suggests visiting also the original Brine Graduation Tower while visiting Wieliczka district. Another, mine worth a visit is Tarnowskie Gory Lead-Silver-Zinc Mine. Tourists will find here top modern exhibition with open air museum of mining machines and the Black Trout Drift, where tourists can enjoy the underground boat cruise.

In this category we definitely must mention Malbork Castle which in terms of the area is the biggest brick castle in the world. This intimidating Gothic building was erected by the crusaders Teutonic Knights Order. Malbork was actually the capital town of the crusaders country that existed at currently Polish lands in the Medieval times. Nowadays, the castle is opened for tourists. ITS DMC Poland states that you have to reserve at least half a day to fully appreciate it. Another unique sight is Auschwitz-Birkenau former Nazi German Death Camp Museum and memorial. The museum shows the darkest page in the human history and is a place of death of more than 1.5 million children, woman and man, mainly Jews from all over Europe killed during WWII. Standard sightseeing of both camp complexes takes at least 3.5-4 h and is deeply saddening experience. Finally, the last architectural marvels we want to mention are huge wooden structures of the Protestant Peace Churches located close to Wroclaw in Swidnica and Jawor. Both few storeys’ temples fascinate with craftsmanship, artistry and sizes.

Bialowieza National Park is a part of cross border UNESCO natural sight. It is the last original primeval forest in Europe with great biodiversity and a population of European Bison. The central tourist point here is Bialowieza village with modern and interesting Natural History Museum of the National Park. It is also a starting point of walking trips to the park. ITS DMC Poland also recommends a visit in European Bison sanctuary where visitors can admire these magnificent animals.

Summing up, Poland has many world class monuments and tourist attractions that are still undiscovered by the masses of international tourists. They are truly worth the effort to get to this central European country. Let yourself be surprised and amazed by the modern Poland and its top-notch attractions. If any of them caught your interest, feel free to contact ITS DMC Poland and check their group offer. Professional ITS-Poland specialists will be happy to prepare a sightseeing program tailored to your needs.

The best tips for yatcht trip

5 Rules for Landing the Russian Woman of Your Dreams Online

Things that you should know before visiting Cayo Sal